Queens College Chambers was originally a medical school in central Birmingham and was founded by surgeon William Sands Cox in 1825 as The Birmingham Medical School, a residential college for medical students. Cox's ambition was for the college to teach arts, law, engineering, architecture and general science.

In the mid 1970s, the original Queen's College building was demolished, with the exception of the grade II listed façade. The façade was incorporated into a new office and residential block named Queen's College Chambers, which was constructed in 1975-1976 by Watkins Gray Woodgate International housing 113 apartments and commmerical space on the ground floor.

Located within easy walking distance to all City Centre amenities and close to all motorway networks. 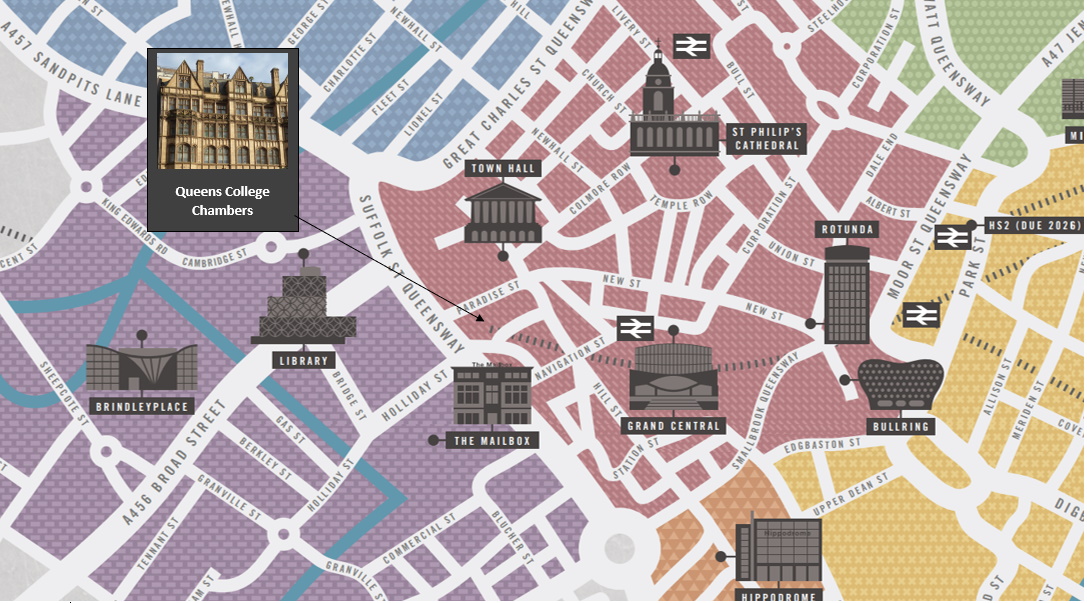